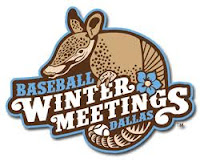 The 2011 Winter Meetings officially ended last Friday, and, it was a very quiet 4 days for the Yankees to say the least. The team made no really big moves during the meetings, same as last year, but without the scathing disappointment of losing out on the biggest free agent on the entire market like they did with "The Assassin" Cliff Lee. Sure, the big talk off the entire offseason thus far was that the Yankees would likely acquire former Ranger CJ Wilson, but I doubt that losing him to the Angels packs as much of a punch as losing Lee to the Phillies. 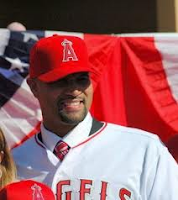 And how about those Angels? I'd say that they were the definitive winners of the free agent market signing sweepstakes this offseason, no question. They signed Albert Pujols!! Albert Pujols, fanatics, whose still considered the best player in baseball right now. Any team that got Albie would be the definitive winner no matter who else they signed. 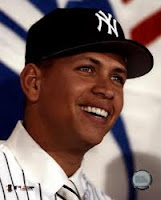 Now of course, as a Yankee fan, I feel cause for concern; the Yankees have never had to face Pujols as often as they will beginning next year, with him playing in the National League with the Cardinal. The guy is a monster at the plate and a defensive threat at first base. But I'm actually looking forward to this because, I've been dreaming for several years now of an all-out slugfest of home runs going down between him and Alex Rodriguez, Let's be clear folks, A-Rod still has the goods to rake at the plate, and its always fun to see a match-up between the former king and his heir-apparent.

And aren't the circumstances surrounding the Pujols signing somewhat similar to that of A-Rod signing with the Yankees? The Angels were solid at first base before Kendry Morales' unfortunate celebration of a home run broke his ankle and seems to have possibly ended his career. The Angels never really recovered from the loss of Morales' defense, or his offense, but are sure to get it back with Albie on deck. And had it not been for Aaron Boone shredding his knee playing basketball during the 2003 offseason, the Yankees would have had no need to sign A-Rod in 2004. Not that any of this adds up to a hill of beans; the parallelity of their careers just struck me as the Pujols signing unfolded. 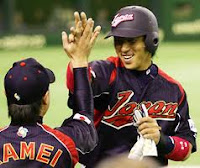 But anyhoo, the Yankees did make some "quiet" moves last week. They won the posting rights to shortstop Hiroyuki Nakajima of the Japanese Pacific League's Seibu Lions. A star in Japan, Nakajima will have a significantly reduced role with the Yankees if they can sign him, most likely as a platoon infielder and/or relief for The Captain, which begs the question of what the Yankees plan to do with Eduardo Nunez. My belief is that with the strong 2011 season Nunez posted, he's possibly on the line as a trade chip for pitching, otherwise signing Nakajima would be a waste of the $2 million the Yankees paid to post him. Also, the Yankees signed two minor league pitchers via the Rule 5 draft, but neither are likely to see much action if any for the team next year. And, a minor league deal was finalized with DeWayne Wise, the hero of the Mark Buerhle perfect game. Again, I doubt if Wise sees much action in the Bronx next year, as he's a center fielder and Curtis Granderson needs no replacement. Freddy Garcia's new 1-year, $4 million deal was and signed, sealed and delivered on Friday; Greg Golson and Colin Curtis were both released to make room on the 40-man roster for the two new minor-league pitchers. 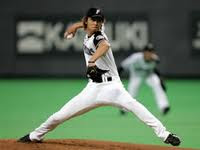 So it's been a very mundane offseason for the Yankees, but the deadline for Yu Darvish, the  phenom pitcher from Osaka, Japan to post for bidding rights is this coming Wednesday, so things may heat up. The Yankees are the front-runners to bid for Darvish's services, although the Texas Rangers are in the mix as well. Should be fun stuff, fanatics.