It's Time for Baseball!! 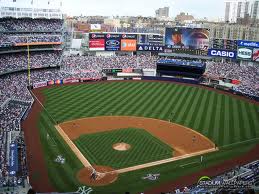 My seemingly long "vacation" from blogging is now officially over. Fanatics, it is time for Yankees baseball. I took the liberty of taking a break so that I could just enjoy watching Spring Training games and allow myself to get back into the "feel" of baseball. Record-wise, the Yankees did not fare very well this Spring, posting a 13-15 record. But there are other reasons for Bombers fans to be excited about the Yankees chances of securing a World Series run again this year. 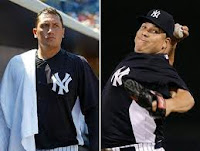 Rotation fears quelled: Whew. The drama that played out this offseason over the starting rotation was dizzying. No Cliff Lee; no Andy Pettitte; no "outstanding" starting pitchers available on the market. The Yankees were dubbed the "losers" of free agency. Add Bartolo Colon and Freddy Garcia to the mix and fanatics were ready to stage a Yankee boycott.

Surprisingly, however, both guys showed up big time during ST and both secured themselves a spot on the 25-man roster. As I predicted as ST got underway, Freddy Garcia will be the 5th starter behind Ivan Nova, and Colon will be in the bullpen. originally, the Yankees plan was to release Colon if he didn't make the rotation, but he gave them more than they expected; he certainly surprised me and other fanatics who thought the Yankees were crazy for bringing him on board.

So how well did both Yankee "newbies" fare? Garcia posted a 1-1 record with a not-so-fabulous 4.91 ERA in 5 games, striking out 15 in 18 innings. Colon went 2-0 with a 2.25 ERA in 5 games, striking out 17 in 16 innings. Clearly Colon fared better this Spring, but he hasn't pitched in the majors in 2 years, whereas Garcia pitched well for the White Sox last year and has innings under his belt. Putting Colon in the pen adds another, hopefully tight arm to an already solid pen and, he's an insurance policy in case Garcia falls flat.

Ivan Nova and AJ Burnett also shed any weariness by fans who were rightfully concerned if either pitcher would hold up in a rotation left compromised by the retirement of Andy Pettitte. Burnett went 1-1, and for the first time in a long time, kept his ERA under 3 with a 2.77 showing. He regained control of his fastball, which most will agree is the key to his success. Nova was stellar, posting a 2-0 with a 1.80 ERA and 9 strikeouts. The numbers are fantastic, but when you add that he posted the second-most innings this Spring behind Hughes' 22 with 20, and went strong beyond 5 innings, you can't argue that he earned that 4th spot in the rotation. 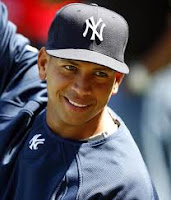 "The Man" is back: I'm just gonna say it: if Alex Rodriguez' season turns out to be a reflection of his ST, he will be the AL MVP for the 4th time in his career. Period. He absolutely raked this Spring after getting the green light from team doctor Marc Phillipon to train at 100%. His hip is an afterthought; he's lost weight and is in the best shape he's been in since 2007. And if you weren't keeping up with Alex this Spring, here are his stats:

The numbers are crazy. His approach and focus have been tight since day 1. Yeah, we know that one man can't win a season, but when Alex plays at this level with a switch-hitting threat in Teixeira in front, and a lefty threat in Robbie behind him, American League pitchers are going to have a hard time getting through the middle of that lineup.

And speaking of Mark Teixeira, we can only hope that the extra at-bats in ST worked for his campaign to rid himself of the April blues. He ends the Spring with a .294 AVG, 15 hits, 1 homer and SLG of .569. These numbers are actually markedly worse than his previous ST numbers with the Yankees, so maybe things are moving in reverse for Tex which would be a good thing.

Yankees baseball begins today at 1pm. It's a rainy, stark and cold day in the Bronx; the forecast calls for light rain all day with the possibility of heavy rain and some snow showers later on. Hopefully, today's game will be played and the Yankees can secure their first win of the 2011 season.