My Thoughts on the Return of Freddy Garcia 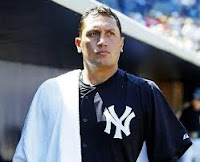 I'm a happy camper. Freddy Garcia is returning to the Yankees, and I'm all for it. Following a season where he posted a 12-8 record with a 3.62 ERA, the Yankees made a good move by re-signing a vet who gave them much more than any of us in Yankeeland could have anticipated. It's a good show of faith by the organization, and I'm happy to see them reward a guy who was pretty much a non-factor in baseball following a stellar 2006 season with the the White Sox. My only question is, what does this mean for the Yankees' offseason plans?

According to numerous reports, the Yankees will pay Garcia about $5 million on a 1-year contract for 2012. That much of a payout almost guarantees that Garcia will have a spot on the 5- man rotation. So we can assume right now that the rotation will look like this: 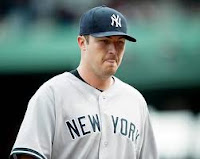 So who gets the 5th spot? The Yankees are certainly looking at the free agent market for pitching, and CJ Wilson still seems like their best bet. Mark Beurhle is also picking up some steam in Yankee circles with the memory of his 2009 season and perfect game performance still fresh in the mind of Yankee fans alike. I'm fine with either signing, but, wouldn't this mean forcing Phil Hughes back into the bullpen? Have the Yankees just conceded now that Hughes is far more potent as a reliever than a starter? It's a legitimate question fanatics, and one that I'm sure has Hughes working his butt off in "fat camp" to muzzle down.