Today, the Yankees tendered contracts to all eligible players on their roster, including notables who were up for arbitration. 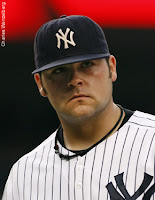 David Robertson, Joba Chamberlain, Russell Martin, Brett Gradner, Boone Logan and Phil Hughes, all arbitration eligible, were retained by the Yankees almost a week before next Monday's midnight deadline according to a report on yankees.com. No word yet on the amounts, which are most likely still being worked out.

Each of these players have been a huge part of the Yankees success in the past few years, and that is expected to continue for some time to come. There were rumors earlier this year of the Yankees considering trading Chamberlain in a package deal for a starting pitcher; that never happened as no starters were available for a trade, and Joba ended up missing most of the season following Tommy John surgery. Also, Freddy Garcia and Bartolo Colon came up big for the Yankees in their starting rotation, so a trade really wasn't necessary. Word is that Joba has recovered from surgery expeditiously and could possibly be ready for opening day. If the surgery was a success, Joba should be back to hurling fastballs at 95 mph. 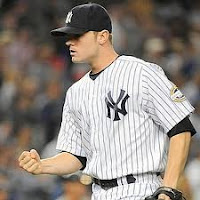 Of all the players mentioned here, I'm expecting nice raises for Robertson, Gardner and Martin. Robertson has solidified himself as the heir-apparent to Mariano Rivera, who may be retiring after this season. Gardy finally worked out his issues at the plate and came up big in key situations this season, although his batting average, RBIs and runs were slightly down from last year. Martin was a huge offensive threat in the beginning of the season and started to wind down around May, but his defense behind the plate was stellar; he ranked 6th amongst all catchers with a caught stealing average at 30%.