For Nova, It's Time to Hit the Reset Button

Tonight, Ivan Nova will get his chance to make a second impression.

To say that it is do or die time for the young righty is about as close to accurate as one can get. If he does not pitch the game of his life against the Arizona Diamondbacks, in front of the home crowd, his time in the rotation is as good as over.

And what does pitching the game of his life specifically entail? Nova must get good speed, movement and placement on the fastball and curveball that devastated batters in 2011 when he pitched to a 16-4 record and 3.70 ERA. The opposite has resulted in an increased ERA and whip, and a decrease in the number of opposing batters left on base and production of groundball outs which decreased from 52.7% in 2011 to 45.2% in 2012. Nova's also steadily declining in his K/BB ratio. Check the charts: 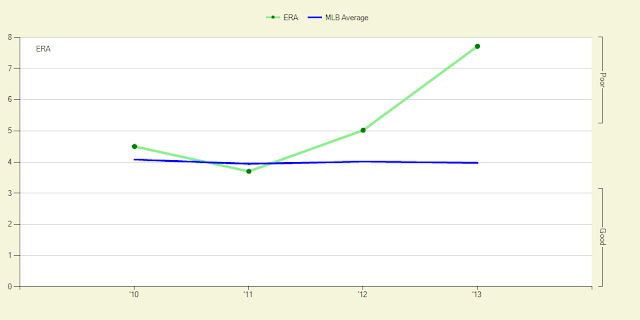 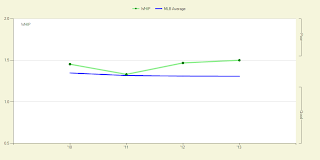 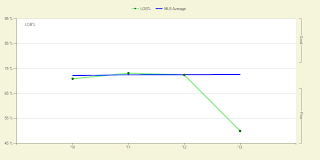 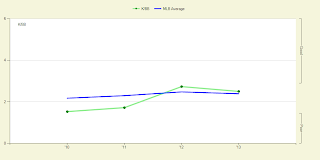 The stats don't lie. Bottom line is, Nova has gone from being the Yankees No. 2 starter in 2011 to losing a spot in the rotation to David Phelps by the end of last season. And Phelps has looked very good so far, going all the way back to Spring Training. Until the cavalry return, I will continue to point out how important pitching is for the Yankees right now. Perhaps without so much offense being missing from the lineup, tonight's start would simply be a "second look," to see what adjustments Nova needs to make. But this is a much bigger game for him...and the Yankees.

Posted by Rasheeda Cooper at 1:12 PM

Email ThisBlogThis!Share to TwitterShare to FacebookShare to Pinterest
Labels: For Nova It's Time to Hit the Reset Button, Ivan Nova