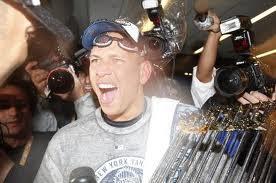 I remember back before Alex signed with the Yankees, reading about him being revered as a hero in Seattle and Texas. He had become the young face of both franchises and had dominated sports pages and magazine covers for all the right reasons: his play, humility and love of baseball.

When Alex came to the Yankees in '04, he seemed to show those same positive attributes in the beginning. His willingness to play at third base particularly made him seem like the kind of guy that was all about the team and winning. Yet somehow, things got all screwed up in A-Rod world, and this humble son of baseball became a tool for fodder and hatred by fans and the media.

One could point to the everyday questions by the media regarding his once-close relationship with Derek Jeter. Some would argue that perhaps the pressures of playing in New York were getting to Alex. Others might even hypothesize that maybe he just never was the humble gentleman he had been perceived to be. How could he be with stories floating around of his demands for special perks in the clubhouse? Or the speculation that his real goal for joining the team was to de-throne Jeter as the face of the franchise?

And, let's not forgot the announcement during the 2007 ALCS in which the Yankees weren't playing, that Alex would be going into the free agent market. Although according to Alex, he never wanted his then-agent Scott Boras to make the announcement when he did, people were still turned off by the fact that Alex sought free agency instead of securing a contract extension with the Yankees.

In the midst of all this were great games played and 2 AL MVP awards. But it was never enough for fans to embrace Alex; the man and clutch player they thought the Yankees had signed in 2004, was a fraud.

All that has long been forgotten. The real Alex Rodriguez has finally showed up.


What fans and the media have been a witness to since Alex rejoined the team in Baltimore last year, following his hip surgery, can only be described as the rebirth of A-Rod. Humbled by the surgery that could have kept him out for the season, and an embarassing admission of steroid use while playing for the Texas Rangers, Alex has emerged as a renaissance man. The endgame having completely changed, life for Alex is no longer about stats, but about helping the team win and having fun doing it. 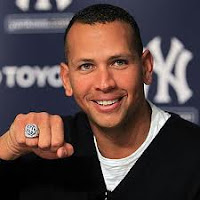 And its showing. He has become the clutch player of years past, getting key hits and bigtime home runs in late innings. Young teammates like Robinson Cano and Nick Swisher have embraced Alex as a leader and model of the greatness they aspire to achieve. Most notably, he wears the crown of playoff hero; an accomplishment he could have only dreamed of before 2009.
Now, with the Yankees heading into another ALDS against the Minnesota Twins, Alex leads the charge having won the AL Player of the Month for September. And make no mistake, the fans and the media are expecting Alex to lead a now limping Yankees team back to the promised land.