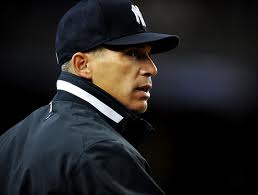 The Yankees made it official today, formally announcing the signing of Joe Girardi to a 3-year contract extension, keeping the manager in pinstripes through 2013. The deal is reportedly worth $9 million, a reasonable pay raise from Girardi's prior contract: 3 years at $7.8 million.

The new contract includes bonuses of up to $500,000 if the Bombers win another World Series.

The move is welcome news for fans of Girardi, who may have been skeptical of his return, as rumors swirled during the season speculating Girardi was a front-runner for the manager position with the Chicago Cubs after former Cubs manager Lou Piniella announced he would retire at season's end. Girardi, however, always had staying with the Yankees in mind.

"I didn't really think about leaving the Yankees," says Girardi. " My thought process was that I was going to be back."