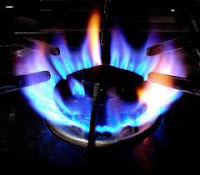 Here are the latest notes from the Yankees Hot Stove front:

The Yankees have inquired about Arizona Diamondbacks outfielder Justin Upton. Upton hit .273 with 17 homers and 69 RBIs in 2010. He has approx. $42.7 million left of a $51.25 million contract thru 2015. Yankees aren't really in need of an outfielder, so this may just be them doing due diligence.

As per Brian Cashman, Ivan Nova stands a good chance of becoming the 5th starter in the rotation. According to Bleacher Report, Cashman believes this could be the case even if they don't sign Cliff Lee or if Andy Pettitte decides to retire. This might mean bad news for AJ Burnett.

Eduardo Nunez, Ramiro Pena, Juan Miranda and Brandon Laird could all play a bench role next season according to Cashman.

The Texas Rangers "upped the ante" on the Cliff Lee Sweepstakes this past Monday by visiting the southpaw at his home home in Arkansas. No question the Rangers are trying to retain their ace, but the Yankees still seem by many to be the clear favorite to bag the "The Assassin."