As the hot stove begins to heat up, I thought it would be a good time to take a look at one of the storylines that is not getting much play thus far: the ever-essential bridge to Mariano Rivera.

To date, Mo still awaits his turn at the free-agent negotiating table as he and his agent have not yet notified the Yankees as to how many years he wants on his next contract. Most of what's been written in the blogosphere is that it will either be a one or two-year deal. Sounds about right considering Mo's age (he'll be 41 November 29), although, he hasn't shown much sign of slowing down. As I previously posted in What's Been Going On This Week, I don't think that Mo will make a big stink if the Yankees decide to give him a one-year deal; his "Yankee heart" may want more years, but his common sense will think better of it.

But Mo will surely be back, and so, what may probably be the more divisive backstory involving the closer is who'll pitch the 8th inning. The smart answer would be either Kerry Wood or Joba Chamberlain. 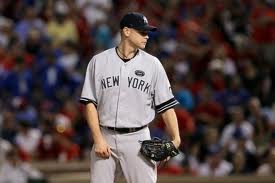 So who makes more sense? First of all, Kerry Wood is at present a free-agent also, so if the Yankees want to bring him back, they'll have to compete with all the other teams that are looking for a solid closer, which is what Wood is reportedly seeking to become. By compete, we know that means the Yankees will have to show Wood the money, and we know that the Yankees can do that better than any other team. At the right price, he may be willing to be the bridge to Mo.

Wood had a fantastic run with the Yankees in 2010 posting a 2-0 record in 24 game appearances, and a .069 ERA by allowing only two earned runs in 26 innings pitched. He had a great postseason as well, earning a .167 ERA with two holds for both games 1 and 2 of the ALDS. Wood is a seasoned vet, having been in the league since his rookie season in 1998 with the Chicago Cubs; he remained viable following Tommy John surgery in 1999. For his career, he has a 3.65 ERA with a WHIP of 1.26. 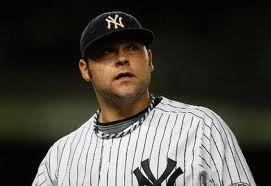 Then there's Joba, who some, but not many, believe the Yankees may want to use if they are not willing to pay Wood upwards of the $10 million he earned in 2010. In 73 games this year, Joba amassed a 4.40 ERA with a WHIP of 1.30. He had a better season statistically this year from last year by default, having only pitched as a reliever with fewer innings; his earned run totals dropped from 83 in '09 to 35 in '10, and he allowed 96 fewer hits this year. His career numbers post a 3.77 ERA with a WHIP of 1.36

Although Joba's numbers are far from terrible, what makes him a concern is the obvious drop in his velocity. According to fangraphs.com, the velocity on Joba's fastball--his best pitch--dropped from around 97 mph in 2007 to approx. 93 in 2010. So? Good hitters can nail almost anything over the plate at 95 or less. On YES Network's Hot Stove report yesterday, Fox sportswriter Bob Klapisch noted that Joba no longer possesses a "blow away" fastball and opposing players aren't "uncomfortable" anymore when he's on the mound. In essence, Joba  is not a sure bet to put hitters away.

All-in-all, the big guy is certainly no pitcher to cough at, and is as tough as they come when he's on his A-game, but the uncertainty of his prowess has caused many to grow impatient.

You gotta believe that the Yankees will do what they have to to try and secure Wood for 2011; his experience, maturity and proven mettle in the New York pressure cooker, make him the wiser option. I say try only because if Wood is adamant on closing, that might be the deal breaker. Klapisch mentions that in this scenario, the Yankees may have to promise Wood the closer role on Mo's exit, but there's no way of knowing when that will happen as Mo continues to defy the law of aging athletes.