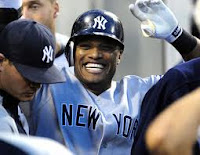 Robinson Cano's season - Cano had an MVP-caliber season in 2010 hitting for.319 with career highs in home runs with 29, and RBIs with 109. Beside his fabulous regular season, Robbie was stellar in the postseason hitting .333 and .348 in both the ALDS and ALCS series, respectively. He won his first Golden Glove Award for his elite defense of second base and his second Silver Slugger Award. 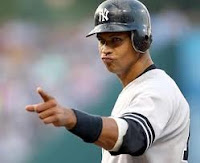 A-Rod's 600th Home Run - On Aug. 4, exactly 3 years to the day of  hitting his 500th homer, Alex finally reached no. 600 after going homer-less for 13 games following no. 599. The milestone capped the efforts of the reinvented, re-focused A-Rod, who has won over fans in New York after he pretty much took the Yankees to the WS in 2009. A-Rod became the 7th member of the 600 home run club, and only the 3rd player behind Barry Bonds and Willie Mays to have 600 homers and 300 stolen bases. 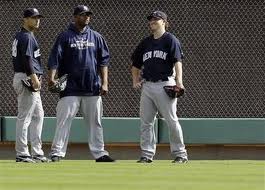 Pettitte and Hughes' first half - The first half of the 2010 season saw complete domination from Andy Pettitte and Phil Hughes. By late June, both pitchers combined for a 19-3 record with a 2.80 ERA.

Jeter passes Ruth on All-Time Hits List - On Aug. 8, Derek Jeter hit his 2,874th hit with an RBI single, passing babe Ruth on the all-time hits list with 2,873. Even more sweet was the hit came in a 7-2 Yankees rout of the Red Sox.

Yankees 95 wins - With AJ Burnett's horrible season, Andy Pettitte's late-season absence on the DL, Jeter and Texeira's poor hitting and weaknesses in the bullpen, the Yankees still managed to win 95 games and come within only 2 games of returning to the WS.

Hope Week - for the second straight year, the Yankees launched Hope Week in which they reach to members of the Yankees community worthy of recognition. This year's event saw the team honor a family hosting a quadruple amputee; a blind woman who regularly travels 2 hours from New Jersey to see Yankee games; a civil war refugee from Sierra Leone in Africa who works multiple jobs to support his family back home; a team of "Beautiful People" play on the field at the stadium; two young girls who have battled homelessness and work to help support their mother.

What are your hits for the 2010 season? Write in and share.