Nats Not In On Lee Sweepstakes 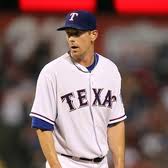 The hot news making the rounds at the Winter Meetings yesterday was that a team expressed willingness to offer "The Assassin" aka Cliff Lee a 7-year deal for an undisclosed amount. It was widely believed that the said team was the Washington Nationals. But according to this tweet by Jon Heyman of Sports Illustrated, the Nats are not in on the Lee sweepstakes, but there is a team out there that's willing to make the offer.

I recently heard from a fellow Yankee enthusiast that the family who owns the Nationals also owns the Washington Wizards and their arena, the Washington Mystics of the WNBA and the Washington Capitals. So for those of you who were flabbergasted by the amount of the Jayson Werth contract--7 years, $126 million--apparently this family has a lot in their arsenal to throw around. Knowing this now, it would not have surprised me at all if they had made a bid for Lee as they can probably afford to do so. I don't think that it would have mattered though, because it will be a while before the Nats become contenders which really means a bit more to Lee than a 7th year.

Email ThisBlogThis!Share to TwitterShare to FacebookShare to Pinterest
Labels: "The Assassin" aka Cliff Lee, Nats Not In On Lee Sweepstakes