Will Andy Pettitte Return in 2011? 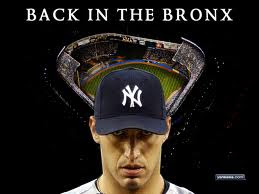 We fanatics have grown accustomed to the "Andy dance" that has taken place the past three winters; the one where Andy Pettitte mulls over whether or not he will retire. Right after the Yankees' season is over he goes home, realizes how much he misses his family, drops a statement here and a statement there to the media eluding to his desire to stay in Texas and raise his kids, only to come back and pitch another season of stellar, gritty baseball.

By referring to this as the "Andy dance," I am in no way making light of what is probably an emotional, tough decision for Pettitte to make each year. He is a father with 3 boys that are involved in sports that he would like to be there to cheer on; he has a daughter that, knowing his sweet, caring persona, is in all likelihood the epitome of "daddy's little girl;" he's married to a beautiful wife that he loves, and lives in a city that remains ever so close to his heart. It has to be agonizing for him when there are so many reasons that he could, and perhaps should, call it a career and say good-bye. If you believe this, this may be the year when it actually becomes a reality.

According to this tweet yesterday from Bob Klapisch of Fox Sports, friends of Andy say that he is definitely retiring. An article in this morning's Daily News by Mark Feinsand reports that at the end of the season, Andy told GM Brian Cashman that he was leaning toward retirement. Cashman admitted on Monday that, "I talked to his agent about a week to 10 days ago and he told me his position hadn't changed. I move forward like I've done the last few winters. This is what Andy does; he goes home and deeply thinks about what's the best next step for him and his family. He'll come to some sort of decision on that.

"That's the first time he's ever done that, telling me that directly."

Could this really be the dreaded end of the road for Andy Pettitte? Will he return in 2011? These questions are not so easy to analyze and draw a conclusion on, yet. There is still a lot of life left in ol' Andy and his competitive nature seems to rise up in him as Spring Training grows near. I've said on so, so, so many occasions that I truly believe if the Yankees acquire Cliff Lee, Andy will come back. Friends have said that may be the one reason why he doesn't come back; he may believe that the Yankees will be in good enough hands with Lee in the rotation and that it would be the best time for him to walk away and not feel like he's left the team hanging. My thoughts are that he would want to come back and be part of a rotation that has the potential to run the American League and lead the Yankees to another championship.

We fanatics can only wait this out and accept whatever the final resolution will be. There is still no way of knowing what Andy will do yet. There may be some truth in what Cashman also added:

"Recognizing that Andy has gone through that before, I wouldn't be surprised if he decided to play, too."

I personally plan on wishing, and hoping, and praying that Andy will come back. I'm selfish and I don't care.
Follow Rasheeda Cooper on twitter: @ra_cooper
Posted by Rasheeda Cooper at 9:11 AM

Email ThisBlogThis!Share to TwitterShare to FacebookShare to Pinterest
Labels: Andy Pettitte, Will Andy Pettitte Return In 2011?