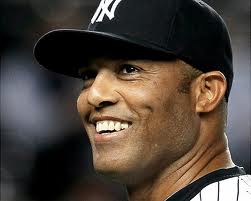 This according to a late evening article by Christian Red of the NY Post, the Yankees and Mariano Rivera are expected to finalize a 2-year, $30 million deal.

As I've said all along, Rivera's deal was sure to get done quickly with little controversy. While the Jeter negotiations continue to dominate the Yankees Hot Stove, it is no mystery that of the two free-agents, Mo is by far the least expendable.

Talks between Mo's agent, Fernando Cuza, and the Yankees began to heat up last Monday. Word around the blogosphere was that the two sides would have the deal finalized before the end of the week.

Welcome back, Mo. Here's to at least two more years of total 9th inning domination to be preceded by the coolest lullaby ever.