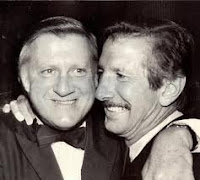 According to this tweet from WFAN's Sweeny Murti, the Hall of Fame Veteran's Expansion Era Committe will announce it's inductees into the Baseball Hall of Fame today. Our beloved late owner George Steinbrenner, late former manager Billy Martin and pitching great Ron Guidry are all up for election. Each player and executive on the ballot need 12 of 16 votes for induction. The announcement will be made at 10 am.