Yanks Not Hurt By Lee's Decision 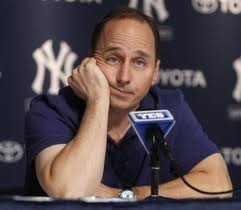 According to this report by Wallace Matthews of ESPN New york, the Yankees and Brian Cashman appear to be OK with Cliff Lee deciding to pitch in Philly. They are relieved, actually.

Two sources within the organization told Matthews that they felt as early as Sunday that Lee would not pitch in New York because he had more than enough time to take the deal. One member of the Yankees front office even went as far as recommending they pull the deal altogether to pursue other players. All-in-all the organization seems relieved in the fact that Lee's off the NL; the Yankees are not scheduled to play the Phillies this year during inter-league play, so the next time they would see Lee would be in the World Series.

The sources also shed light on the Yankees reaction to losing out on Lee. One source said that following the announcement of Lee's decision, the Yankees made calls to teams looking to make pitch trades; the other source said that he believes now the Yankees will step up their quest to woo back Andy Pettitte.

As for their take on Lee, the sources actually applauded Lee for choosing the team he really wanted over the money.

Email ThisBlogThis!Share to TwitterShare to FacebookShare to Pinterest
Labels: "The Assassin" aka Cliff Lee, Yanks Not Hurt By Lee's Decision