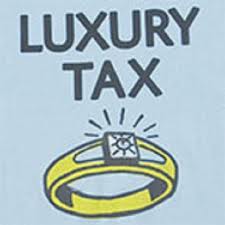 Via The Associated Press, the Bombers will have to pay a whopping $18 million in Major League baseball luxury taxes. Whopping yes, but the highest they've ever been hit with? No. Last year, the Yankees price tag was $25.7 million.

"Atta baby," Brian Cashman said. "And right now we're in the $170s." The last statement alludes to their outlook on payroll for 2011.

Since 2003 when the luxury tax began, the Yankees have paid $192.2 million. They must present a check to the Office of the Commissioner by January 31 as per the collective bargaining agreement. The Red Sox are the only other team who have to pay a luxury tax. There's is for $1.49 million.